Welcome to Jazz Among Friends.

If you are interested in having a small ensemble group perform live music at Jazz Clubs, Corporate Gigs, Private Parties, Festivals, Restaurants, Cafes or Public spaces, you have come to the right place.

Click on the play button to listen to a recording by Justin's quartet performing "A Place of Little Wonders" (an original composition written by Justin), that transitions into a rendition of "My One and Only Love" by Guy Wood. Swipe or click arrows to sample another recording.

Welcome to Jazz Among Friends.

Explore the site to find out more about Justin and his friends, and the music they create. They specialise in Jazz, but also play Blues, Swing, Bebop, Hard Bop, Ballads, Greek, Egyptian, etc. Whatever will suit your needs.

Click on the play button to listen to a Contrafact of Benny Golson's "Along Came Betty" by Justin Foster.

Justin Foster, as a solo artist or along with a band/ensemble, is available for hire to provide live background music for jazz clubs, corporate functions, conventions, private parties, restaurants, cafes, festivals, and other events, in a wide variety of styles including Jazz, Blues, Swing, Bebop, Hard Bop, Ballads, Greek, Egyptian, etc. Whatever will suit your needs.

Justin is also available to compose music for video backings - suitable for corporate videos. In conjunction with two other team members, they can do the filming, editing and music for a unique professional Corporate Video.

A bit about Justin as a performer:

Justin is a multi-instrumentalist. His instrument of choice is the Tenor Saxophone, but he also plays the Alto Sax, Clarinet, Flute, as well as several non-woodwind instruments. For example for several years, he has performed at the Londsdale Street Greek Festival playing the Baglamadaki.

Due to his versatility, Justin has performed in Pit Orchestras (reed book) for musicals such as 'Urinetown: The Musical', 'Pirates of Penzance', and 'Thoroughly Modern Millie'.

A couple of different gigs were performing in a video for a pop song's CD launch, and when Justin had a role in a play as a jazz musician in a band that played live music during scences in the play.

For the last couple years, Justin is the band leader for the Jazz Harbingers Tribute Band - playing the Music of Art Blakey and the Jazz Messengers - at Paris Cat Jazz Club, Uptown Jazz Cafe, and Fyrefly.

A bit about Justin as a composer:

~ He composed original background music for Ego Pharmaceuticals' half hour corporate video, which was shown to customers & used in training sessions for doctors and pharmacists around the world.

~ He has composed or arranged several pieces for his bands' live performances and recordings - one of which you can listen to on the home page (scroll up to the top).

~ He also composed original music for a Monash musical.

If you want to book a performance or find out more, visit our contact section.

Playing LIVE at your place!

Are you throwing a party, and just want to do something extra special for the night?

Consider hiring one of our small ensemble groups of 3-5 musicians to play live background music for 2-3 hours at your event.

A variety of styles can be performed including Jazz, Blues, Swing, Bebop, Hard Bop, Ballads, Greek, Egyptian, etc. Whatever will suit the mood of the evening.

If you want to book a performance or find out more, visit our contact section.

Note: Videos of performances can be found on the Justin Foster YouTube Channel for:
the jazz harbingers, the silk roads collective and the silk roads trio.

Here are some pictures of some of our performances.
(To scroll through full sized images: Mouse over [or tap] image to see the "circled image icon" button that appears in the right-side corner of the image - click on it) 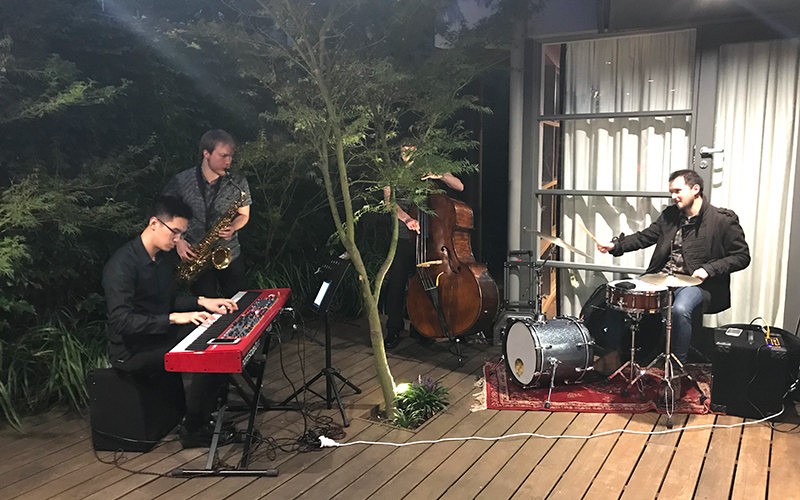 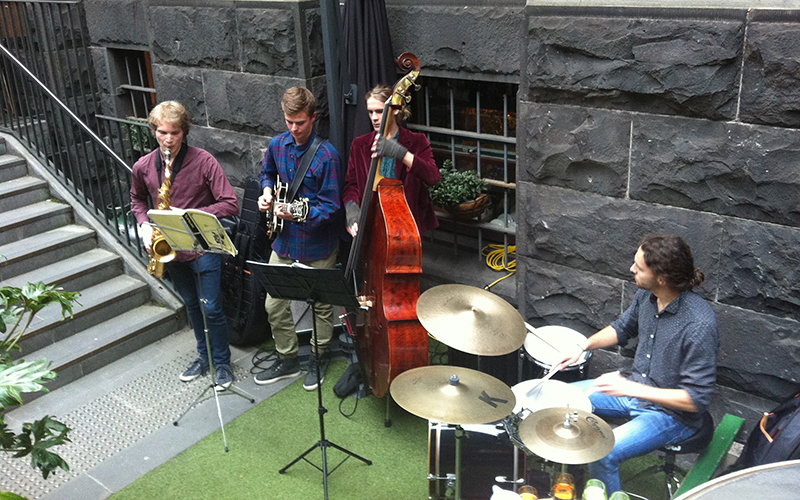 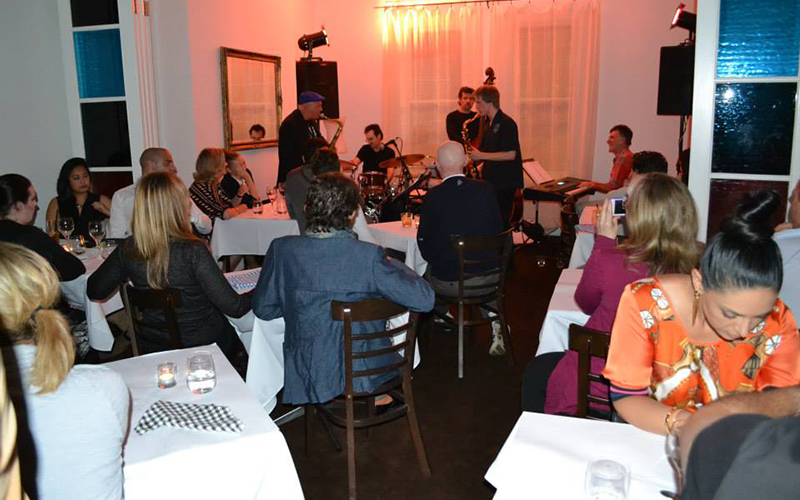 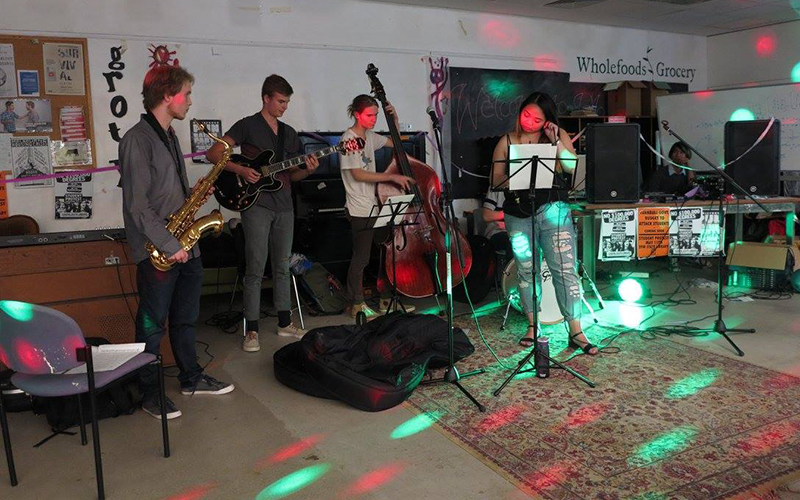 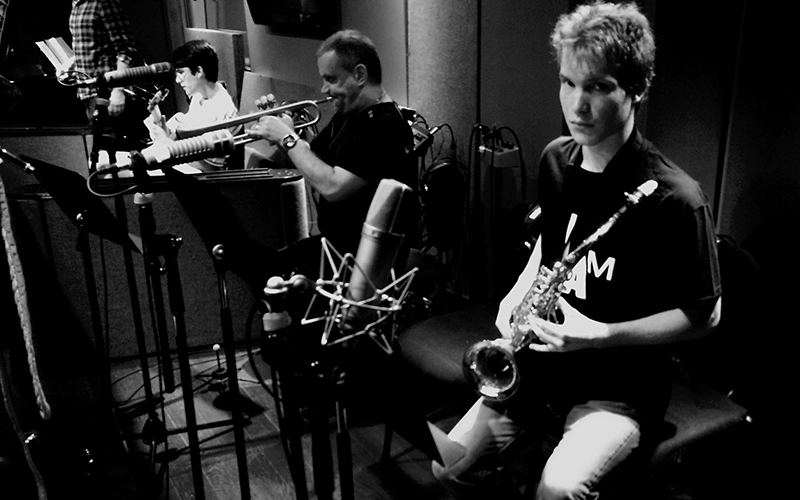 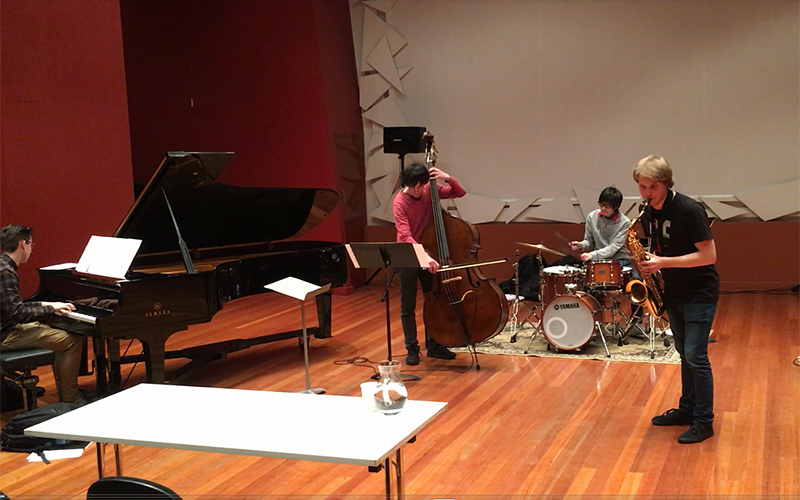 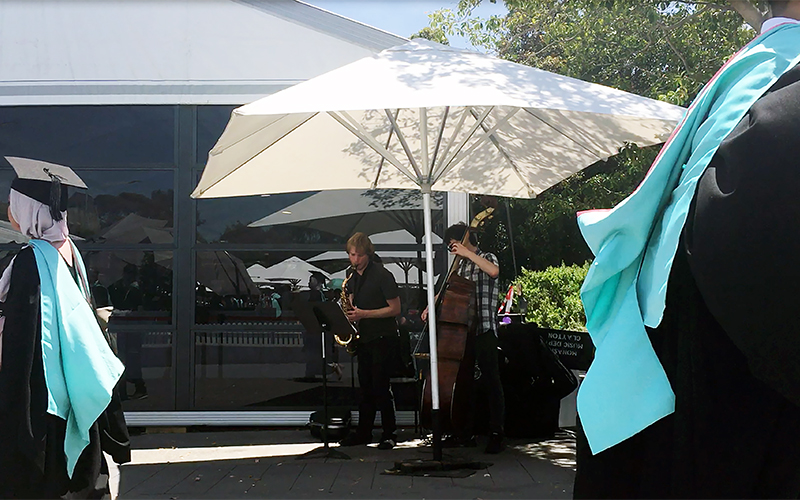 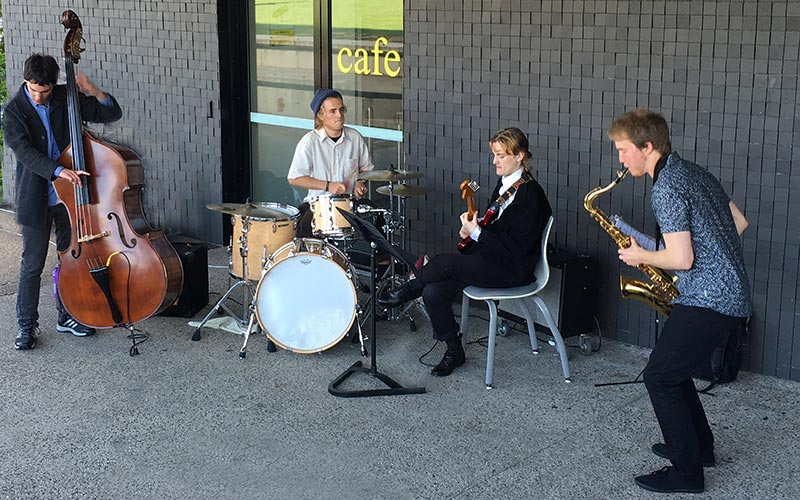 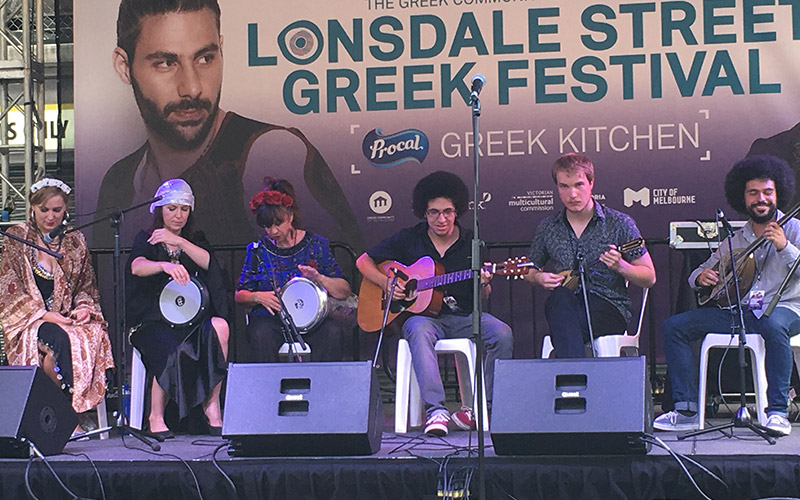 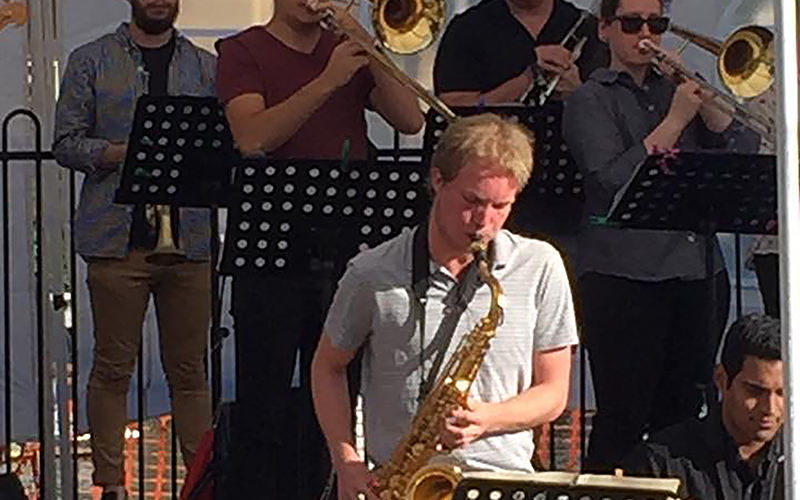 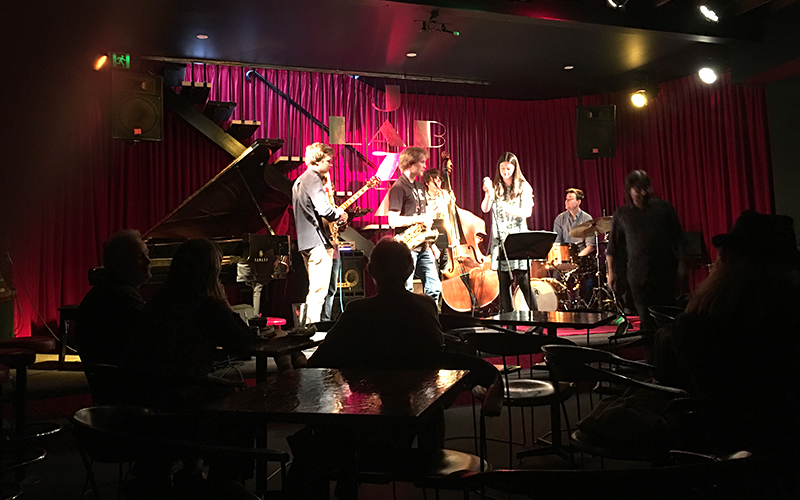 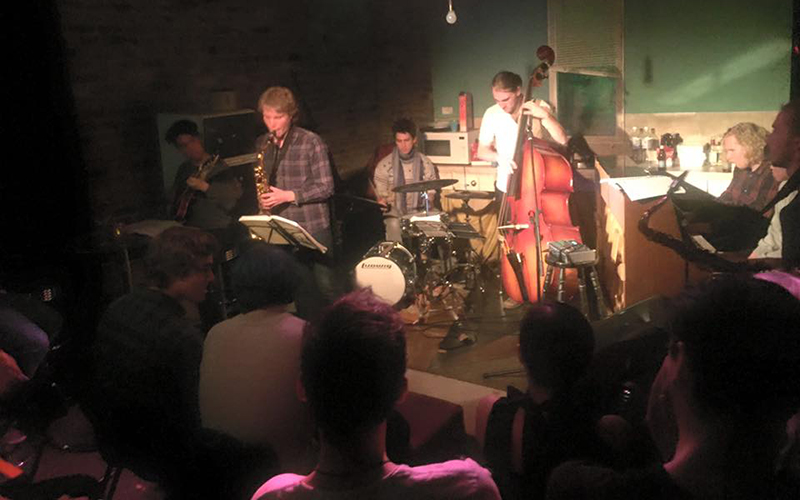 The Owl and The Cat jam 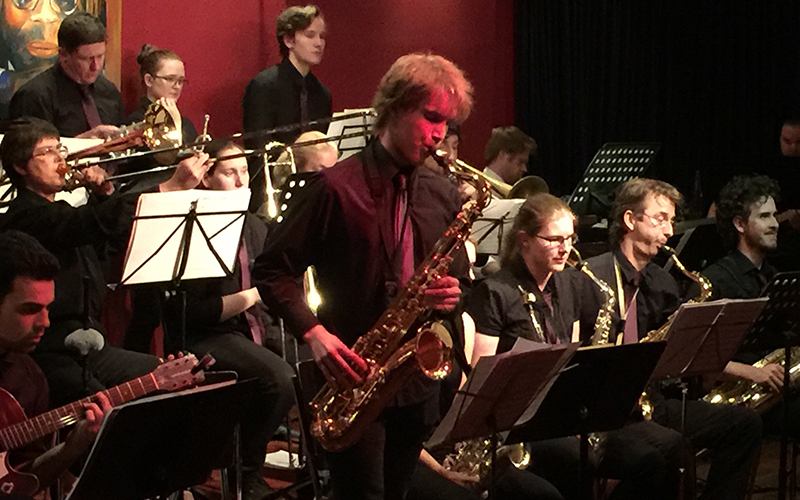 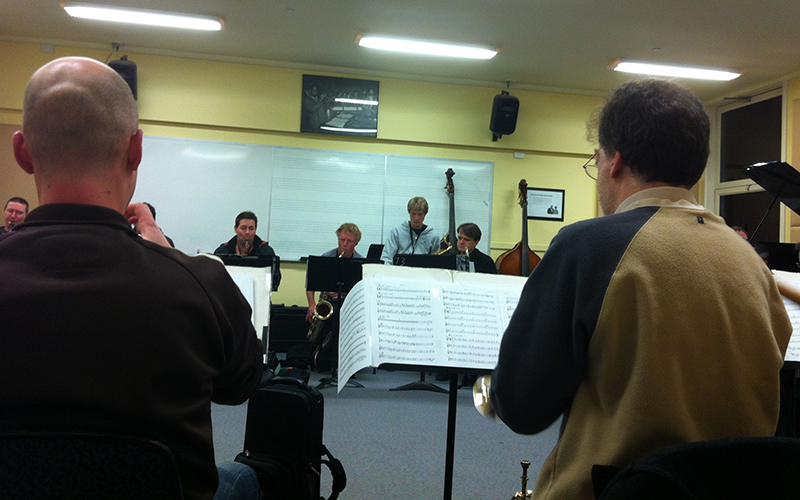 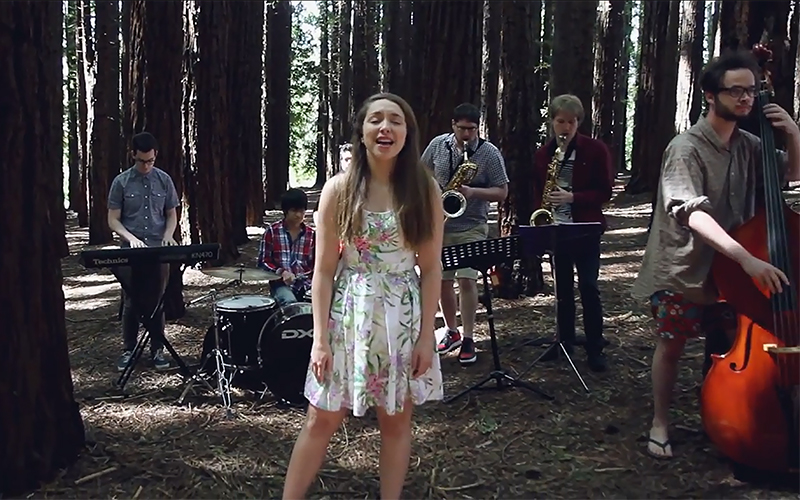 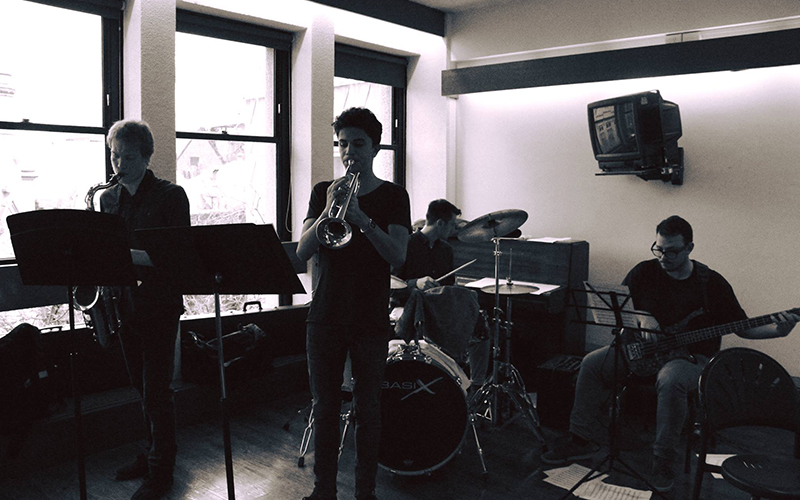 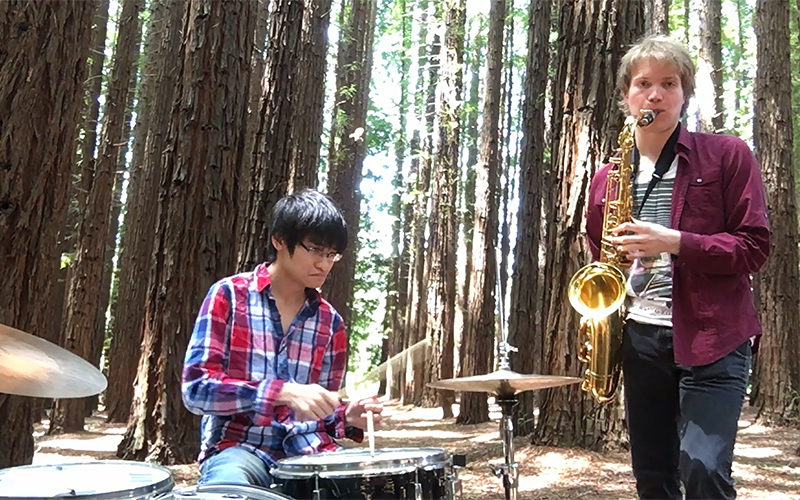 Jamming in the Woods 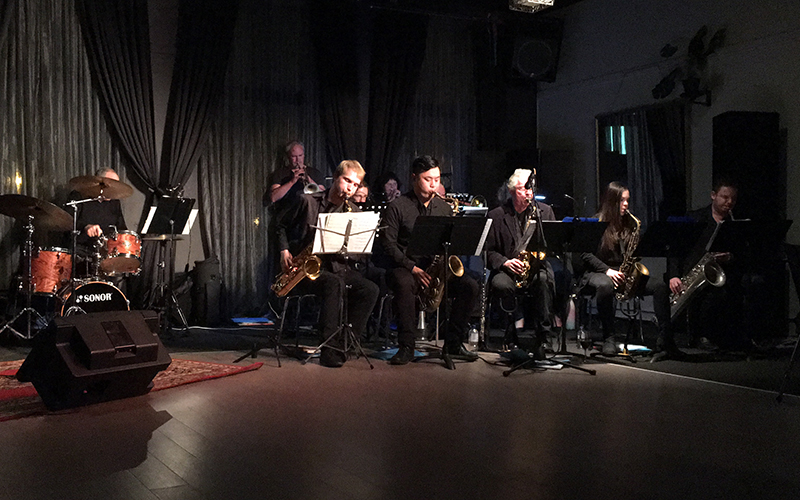 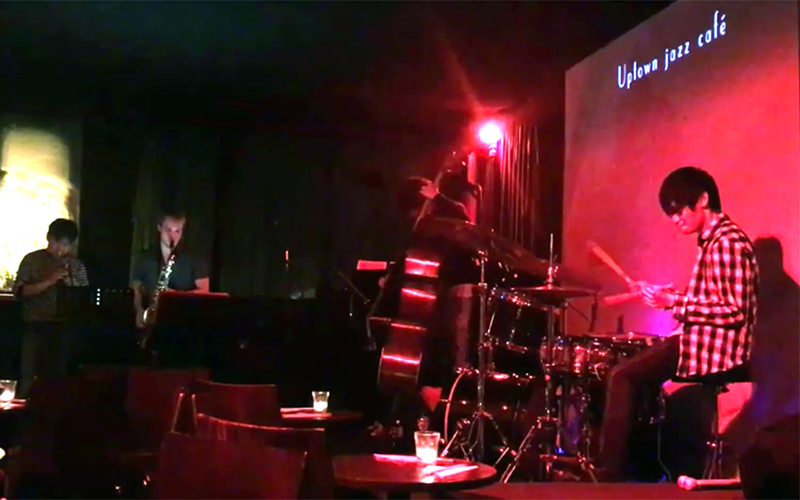 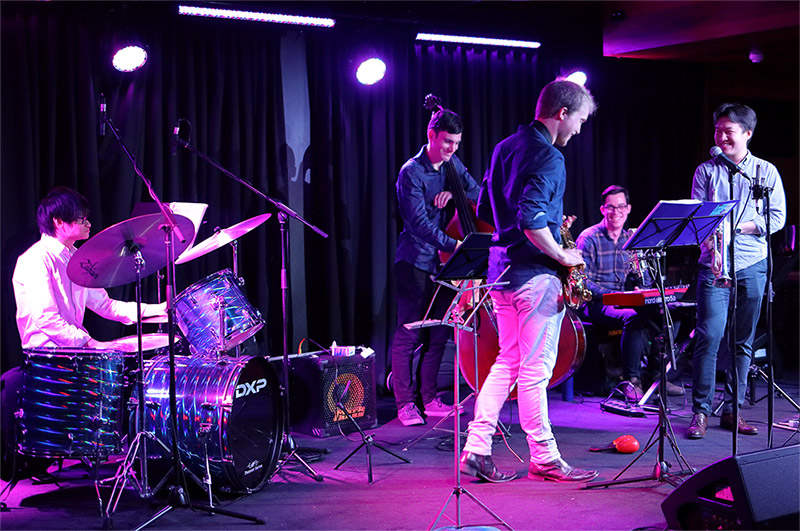 Jazz Harbingers at the Fyrefly 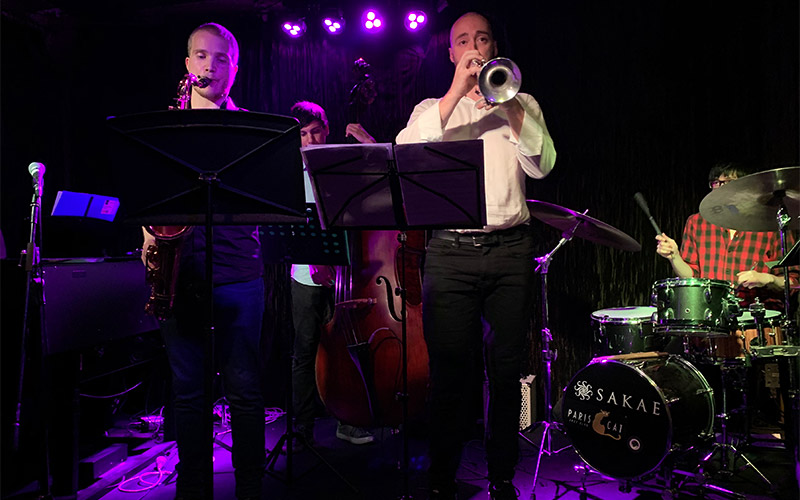 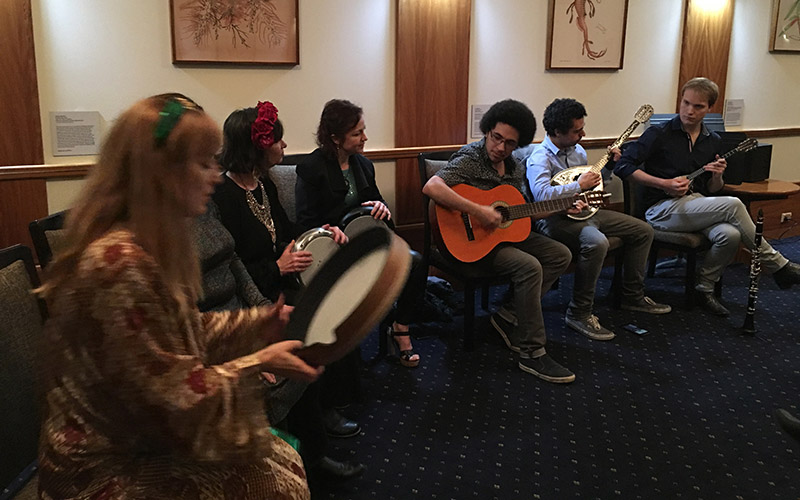 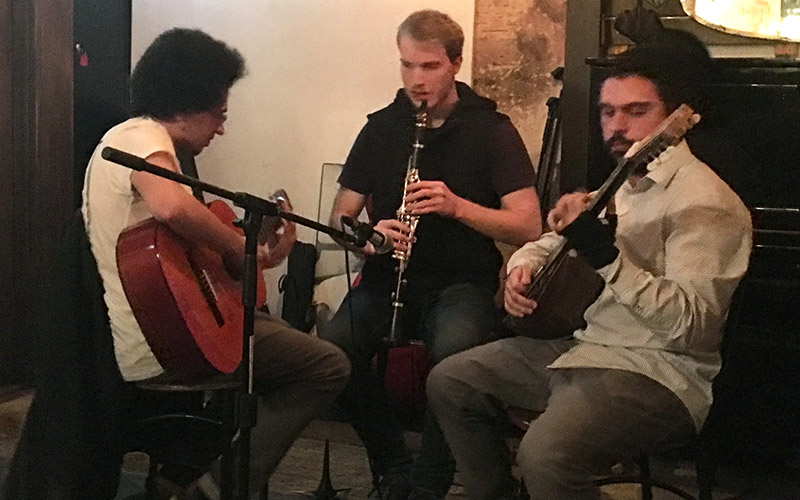 If you are requesting a booking, please provide details of the event:
date, time, location & duration.

If you have a preference of music genre, please let us know.